Agnes Toews Andrews, who is now writing as Elizabeth Blakely, read a 1985 article on the potato in National Geographic. The article pointed out how nutritional potatoes were. Agnes realized there was no book available about the potato and decided to write it. 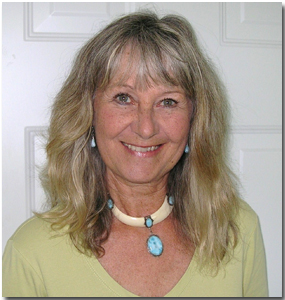 The National Geographic article had covered the nutritional end of things, so Agnes researched the history and recipes. She put it all together inThe Incredible Potato: A Cookbook and History.

Agnes drew inspiration from the women who wrote the Best of Bridge cookbooks. She called them to ask how to publish her books in large quantities. They said, "We did it. You can, too." So she did.

The book was an instant success. Canadian Living called and did an article on Agnes and her book. Safeway, a grocery chain, sold 10,500 copies in Northern Alberta .

Agnes has gone on to continue her writing, basing subsequent books on her travel and her interest in the paranormal.

Like many writers, Agnes took the inspiration for her first book from something she read.