For once I was glad of the fierce sunlight streaming through the front window of Digby's Café. It was an excuse to keep hiding behind my sunglasses and avoid a questioning glance from Sally.

I stared trance-like toward the ocean. It was so close that its quiet, yet powerful presence seemed to permeate the room. Two imposing container ships were perched on the horizon, like silent sentinels. I could do with some sentinels of my own right now, to guard against any more heart pirates.

Sally, who nearly always served me on Saturdays, came to take my order. “Mocha?” she asked, although it sounded more like a statement than a question.Was I that predictable? I nodded yes and turned back to the scene before me.I was thankful she was too busy to chat.

Normally the combination of funky sounds gently pumping from the speakers, the nurturing aromas of hearty breakfasts wafting from the kitchen and the ever present ocean would have uplifted me. Today it just made me sadder.

I had been in this frame of mind since last night when my cozy fantasy had come adrift. Tears welled up again at the memory of the events of last night. I had been pacing the floor nervously, with one eye on the clock, when my two flat-mates, Natalie and Melissa, had arrived home in a very different mood to mine.

“Are you going out?” asked Natalie, as she eyed me up and down and took in the new outfit.“No.” I lied.Why did I just lie like that; to Nat of all people? Deep down I knew why I had lied. I lied because if I didn't have to say it out loud, then maybe it wasn't really happening.

Last time he was this late I had envisaged every worse case scenario; an ill relative, his car breaking down, or worse still a car accident, only to find that he couldn't be bothered dragging himself away from an afternoon with his mates. Still, I was hanging on to the faint hope that there was some other explanation besides the one I was avoiding.

Melissa poured me a glass of barely drinkable wine and started talking about their hectic afternoon. The whole time Nat kept glancing at me. She knew something wasn't right. Whether it was the cheap wine on an empty stomach, or Nat's curious glances, or maybe a combination of both, but when there was a lull in the conversation I heard myself blurting out:

“I'm supposed to be going out to the club with Tony tonight but it looks like a no-show; again!”More silence “Maybe he got held up at work,” volunteered Nat.“Maybe he got the time wrong,” added Mel.Why do women do that? Keep each other's delusions alive. “He's over an hour late.” I countered.The awkwardness was palpable.

“Come on,” said Mel. “I've hardly touched my wine. I'll take you down to the club and if his car is there, you'll know once and for all.She grabbed her keys and bounded toward the door. I followed, with markedly less enthusiasm. We stepped out in to the comforting warmth of a light summer breeze. Unfortunately, I was too distracted by the lump of molten lead in the pit of my stomach to appreciate the sensation. We felt the first few sprinkles of rain and hurried to the car.

Arriving at the club, we were faced with a sea of glistening car roofs, luminous in the security light. Mel's car rolled up and down between the rows of cars, like a commander inspecting the troops. We were almost at the exit gate, and it was beginning to appear that my doubts were unfounded, when there it was; undeniable proof of my stupidity.

The whir of the windscreen wipers filled the car as we drove home in silence. I was glad that it was dark, so that Melissa wouldn't notice the searing 'L' for loser that I felt sure was emerging from my forehead, like something out of the exorcist. As soon as we walked in the door Nat could tell by the look on my face that our mission hadn't yielded the best results. I went to bed early to avoid the usual post mortem.

I was so lost in my thoughts of last night that I jumped when Sally appeared beside me to ask if I wanted another coffee. I declined. After paying for my coffee I wandered across the road to a collection of trendy beach shops. The bookshop had always been a haven for me, so I headed toward the welcoming lead-light doors.

I started scanning the beaming, confident faces in the self-help section. As I skimmed the blurb on one book a particular phrase caught my eye. It read, 'most of the pain we create for ourselves comes from trying to walk through doors that are closing.' This book seemed to have my name on it.

My mind flashed back to an incident during the week when I witnessed a gangly puppy walk slap bang in to a set of expansive glass doors. If he were human he may have noticed the safety stickers. Some of the “safety stickers” in my situation were the late arrivals and missed dates. Unlike the dog I had seen them but had chosen to view them as abstract etchings instead of important messages for me.

The blurb went on about how in using external indicators - like other people - as a measure of our self worth we settle for far less than we deserve. I knew the words in the book were not going to be a magic wand but their truth resonated with me. Stepping outside, I walked home with a lighter step and a lighter heart. I knew my life had turned down a different path. 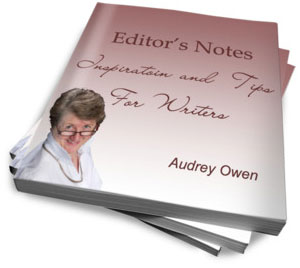