How I became a writer

How I became a writer

When I was a little girl, I loved to write poems and short stories. I had a collection of my poems in a folder and during the summer months, I’d spend endless hours writing about the people around me. Reading was also a big part of my life. I spent endless hours during the summer months reading romance/suspense stories, which were my favourite. Occasionally, I’d try writing my own but they didn’t seem as exciting as the ones I read. I never dreamed I was paving my way to becoming a writer. Somewhere along the way, I dropped out of high school and started raising a family. Money was scarce and I put off any plans for the future that included writing..

Several years ago, after a nasty divorce and an attempt to obtain my freedom, I gave writing another try. Since it was something I was already good at, and the talent was still embedded in my heart, there was no reason why I shouldn’t take it up again. It made sense to me to nurture the craving that already existed and do something with the God-given talent that lay dormant all my adult years.

Many rejections later, I wandered if I had made the right choice. But in my heart, I knew it was the right decision.

Writing was a precious gift that needed to be trained and brought forth so I enrolled in a creative writing class. By the end of that class, I had already published one small essay. A couple of years later, I was working for the local newspaper writing front-page news and feature stories. Not without a price though. By the time the editor got through with my work, it looked more like hers than mine. Some of the stuff in those articles never came from this brain.

Since then, I have written for many newspapers, newsletters and small press publications and have managed to get published in hundreds of them. My work, with minor changes that the editor asked me to make, was my own work and my byline sure looked nice after each story or poem published.

Becoming a writer was easy but it was because the desire was already there – I tried writing stories when I was five or six and no one seemed to care – they’d never help me spell words and make sentences. But by the time I was in third grade, you can bet I was writing anything and everything humanly possible. I was amazed with books and magazines and read eagerly. It was a part of my life, my being. Little did I know that all this was a bridge to my writing future?

Don’t ever be fooled into thinking that writing isn’t hard work – it is, and it requires patience and time. Revision and editing is essential in the success of every story, article or poem you write. I have spent endless hours rewriting a story and it still didn’t get accepted.

Writers have to realize too that everything they write isn’t a masterpiece no matter how good one thinks it is. I started writing a book several months ago and several people thought it would be the next bestseller. Harlequin Romances requested to see a full manuscript – but you know what – it still hasn’t landed a home yet. My romance/suspense book is still unpublished. It may have been a masterpiece in some people’s eyes but thus far, it continues to be rejected. But I’m not giving up without a fight. I have a good story line and the talent to get it published but it won’t happen overnight. The original title I had for this particular book was SHORT OF A MIRACLE but I changed it to one that fit it better. You know, it’ll take anything short of a miracle to get it published from the looks of things.

Whatever the reason you want to become a writer, let that desire become a reality. Train it, nurture it and give it room to breathe and grow. Stand back and let your talent take root and see where it leads you. Don’t let rejection stop you from being the writer you know that you are. Keep on trying until someone reaches out and accepts your work not once but many times. Keep on writing no matter how hard the road seems to get. Keep those creative juices flowing…

Join in and write your own page! It's easy to do. How? Simply click here to return to Writing Tips. 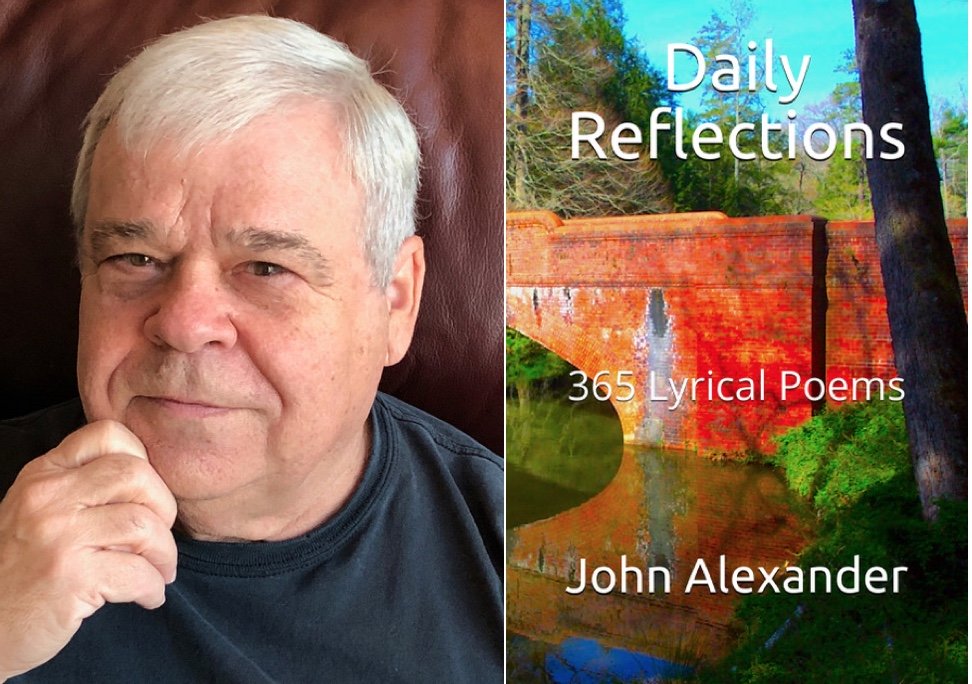 This is John Alexander and one of his published books. He and I worked on multiple projects. He's  met some goals.


Or sign up using the form below
to start your subscription right away.